Bender and Fulass (1978) and Bender (1983) propose that Amharic might have originated as a pidgin. This proposal, which has its roots in oral traditions, has recently become quite popular even entering Amharic textbooks despite its lacking proper research. The book thoroughly examines this hypothesis and argues instead that Amharic is not a language created through pidgin-induced change, but a clear descendant of Semitic. Taking into consideration, historical, linguistic, cultural and chronological issues this book also demonstrates that the Semitic languages of the Horn are spoken in their home of origin.

In this new edition, each chapter has been revised in light of recent scholarship and a new chapter has been added pertaining to the diachronic grammar of Amharic. This new chapter examines the grammar of Old Amharic based on pre-17th century manuscripts. Old Amharic exhibits VSO order and has gutturals. Adjectives and relative clauses may also follow the noun that they modify. These typical Semitic features, though lost in modern Amharic, are strong additional proof for Amharic’s Semitic origin.

This is an important book which fills significant research needs. It is richly researched and well organized. It does a good job of contrasting the pidgin and alternative origin theories, and well decides in favor of the latter. The appendices are well chosen and very useful, both as arguments for points in the book and more generally.

Girma’s study on the origin of Amharic also discusses controversial issues about the origin of the Ethiosemitic language group, which is of particular interest for Semitic Studies, History and Anthropology. The book incorporates most of the accessible historical documents with regard to Amharic and the language situation in ancient and medieval Ethiopia, which also shed some light on the Ethiopian history in general. The book is very recommendable for all readers interested in the history of Ethiosemitic languages and their speakers.

GIRMA A. DEMEKE is a linguist who works mostly on the history and syntax of Ethio-Semitic languages. Dr. Demeke has been engaged also in language development projects and in the documentation and revitalization of endangered languages. He has authored numerous articles and books including two dictionaries on Argobba and he is currently a researcher at the Institute of Semitic Studies, Princeton, New Jersey.

Publishing Information
The Origin of Amharic
By GIRMA A. DEMEKE


Purchase - USD39.95
To write a review  please Login OR Register 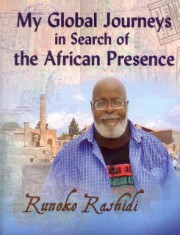 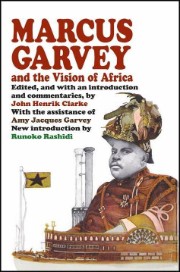 MARCUS GARVEY AND THE VISION OF AFRICA
By John Henrik Clarke